Jessica Ennis-Hill - This is the sort of Inspiration all women should look to. A blog from Speakers Corner 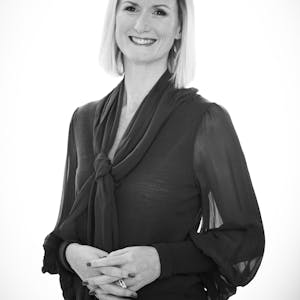 I run but I am not a runner. I run so that I can eat what I like and because I like the feel of the wind in my eyes. Strange I know but I also have two small children, a job and a demanding home life so I enjoy any period of time that takes me away from all that. So it is with awe that I have been watching the World Athletics Championships in Beijing.

I was jumping up and down with joy when Usain Bolt beat the “baddy” Justin Gatlin in the Men’s 100m and I had tears in my eye when Katarina Johnson-Thompson missed out on the chance of a medal in the Heptathlon, but like most people the real focus of my admiration was for the eventual Heptathlon champion, Jessica Ennis-Hill. What an amazing athlete she is, especially coming back to the top of her game so soon after having a baby. There has been a lot of focus on this as part of her achievement and it got me thinking about being a working mum and what it entails. Now I’m clearly not saying that we can all win a gold medal but there are factors in Jess’ success that are common to most working parents, but especially Mothers.

One of the most impressive things about Jessica’s achievement is that she had her son only 13 months ago – imagine having those abs only 13 months after giving birth, imagine! But seriously pregnancy, childbirth and the after effects take its toll on the body. She took 4 months off but having the dedication to train around the tiredness and demands of looking after a very young baby should be admired.

Jess said in an interview with the BBC that she was anxious about coming back.

"Before you become a parent, you think it will be easy," she said. "Then you're thrown into it and realise it's incredibly hard. I would be lying if I said I didn't have moments when I thought: 'What am I doing?'."

That’s not that different from how I felt when I came back to work after having my first and then my second child. How will I cope? How will I get everything done? Can I be as successful as I was before? These are some of the questions she probably asked herself and so do working mothers everywhere. The truth is that some days and weeks are easier than others but you do it because you want, need or have to and like Jess you do it to the best of your ability. Life becomes more of a juggling act but it all gets done in end.

Being back at work after having a child means that you are probably a better worker than you were before. You have less time to do everything so you can be more focussed, less time wasting happens and you are more productive. Her achievement proves that just because you are a mum, it doesn’t mean you can’t be anything else.

One thing that I’m sure that Jessica must have in order to compete at the highest level is a great support system. This will have facilitated a smoother and less stressful return to work for her. I don’t know her childcare situation but she has a supportive husband and a coach that knows her inside out. Whether it is an excellent nursery, nanny, after school club or super helpful grandparents, it definitely helps to know that your number one priorities are being well cared for while you are giving your all elsewhere.

There are other high profile working mums who we can also hold up as role models – Claire Harper, Sheryl Sandberg, Tamara Lohan for example. These are the type of woman we should encourage our daughters, nieces and even ourselves to want to be like. They, and Jessica, show that it is possible to return to your very best after maternity leave.